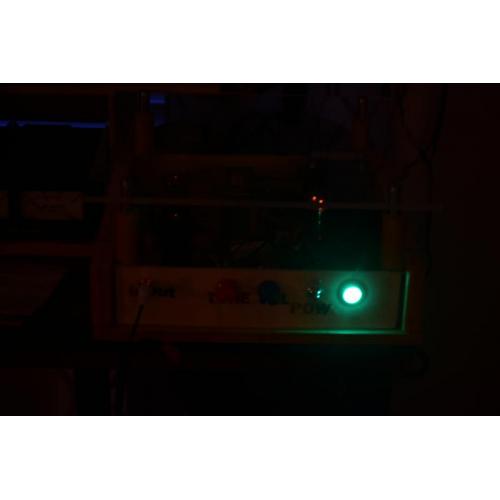 LED version of the general replacement lamps for dials, indicators, etc. Used as the pilot light on the vast majority of Fender amps and many others as well.

The color options for this LED bulb can be combined with colored jewels to create new and interesting color options! The opaque shell on these LED bulbs provides a clean diffused glow.

These bulbs are compatible with our P-L124-P lamp holder.

No questions have been asked about this product.
Have a question of your own? Ask us now!
Terms and Conditions
Add a review

I first used a similar product from a surplus shop a while back for lighting up Fender type jewel indicator lamps and loved it. The amp was a beast with lots of tubes in it and when removing the tubes the heater voltage rose enough to fry the LED lamp, so keep that in mind. Most people are NOT using 8 KT88s or 10 6550s and a barge full of preamp tubes, so it shouldn't be a problem but it can fry these if your amp uses the heater supply winding and you turn the amp on with no tubes. In future monster builds I put the indicator on the line voltage with a large dropping resistor. DONE! I buy the old #47 type lamps 1000 at a time. Some pinball machines used over 500 #47 lamps! The whole back panel was surrounded with #47s on one model, with a chase lighting circuit. These would sure hold up a lot better than #47s in that application.

I ordered 10 of these in warm white and intended to use them to relamp the dial in a Scott receiver. The color of these LEDs are inconsistent and range from warm white to a light shade of pink. Will not buy again.

Tried a couple of warm whites in a 1951 Zenith console chassis and they worked great! Lit up the dial with a beautiful warm glow, far better than the sharp glare from the original incandescent bulbs.

The green led light in action!

The LED Lamps don't fit the Dial Lamp - Front Panel Indicator Light. The plastic color indicator band blocks it from from engaging the two pins. I cut off the band on a red one (super glued it back together) and used a red jewel, looked really nice.

I tried these lamps in a typical AA5 series string set with a tapped filament 35Z5 rectifier. First there is a rather large collar (.460" diameter) around the base where the "bulb" meets the base. It is common practice to put an insulating sleeve around lamp sockets and the collar prevents the insertion of the bulb. You have to trim the sleeve back to allow the bulb to seat in the socket. Don't try to remove the collar. It is part of a sleeve that holds the bulb to the base.

The LED replacement worked very well. The bulb lit up brightly, visually similar to a #47. The light dispersion is relatively even and diffused from the sides and the end. The manufacturer did it right by using a bridge rectifier inside which increases the apparent intensity and helps to reduce strobing. The warm white color temperature of the LED lamp is somewhat higher than the usual #47 incandescent which gives the light a more white appearance.

Then I installed two bulbs into a Zenith 6D029 table radio. This radio uses two #1490 3.2 volt lamps in series. Because the LED uses so much less current than a #47 or #1490 both bulbs lit up very well at full intensity and were much brighter than the #1490s. I gave the LED replacements four stars because of the collar, and the base is a thin metal which dents easily, but otherwise they work very well.

These bulbs look just like the old frosted incandescent bulbs of years past.

I like these. I used similar lamps 8-10 years ago that use cool white LEDs and they last longer look good behind a colored jewel. Never tried the colored LEDs and have no plans to do so, but warm or cool white? YES! Lasts longer, uses less power, looks great.