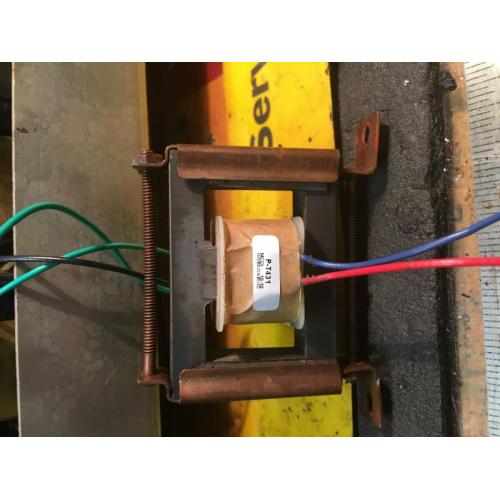 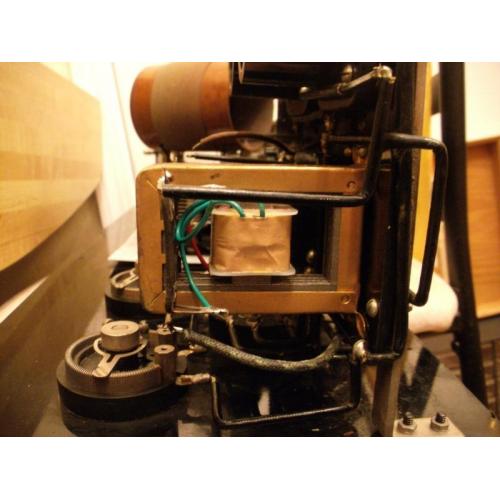 Coil assembly for P-T156. Use your own iron to preserve mechanical fit. Coil window is ½ x ½".

Click each question to see its answers.
1 answers What are the dc winding resistances for the primary and secondary windings? I.e. red to blue and green to green?
Asked by Anonymous on April 15th, 2018.
Matt H.

Staff Member
410 ohms Red to Blue, 750 ohms from either green to black. Green to green is 1500 ohms.
Answer this question
Have a question of your own? Ask us now!
Terms and Conditions
Add a review

Did the job! I used this as a replacement audio transformer in my old Westinghouse RC. With a little bit of finesse it fit over the old core and now my 100 year old radio is back in action. Too bad there's nothing to listen to on AM...

They fit inside the shells of the original transformers on my crosley trirdyn 3r3 and seem to work fine.

Good fit. Used on many repairs without failures

This is my second order for these audio transformer coil assemblies. I have had a chance to test the (2) coils from my first order. I used them to repair mouse damaged F-E (Amertran) audio transformers in a Freed-Eisemann NR-7. They work well as replacements for bad coils. I bought this latest coil to repair a bad "audio" in an NR-6 Model.

I bought two of these to replace the open windings in a pair of AmerTran AF-6 transformers in a 1923 Freed Eisemann NR-5 radio. By carefully disassembling the transformers I was able to re-assemble them fairly easily. The fit on the original core laminations is snug but they do fit and the snugness should keep the laminations from "singing". The radio works well even though the turns ratio is off. AmerTran AF-6 transformers have a 5:1 turns ratio, these are 3:1 so where the radio originally had a 25:1 gain through the transformers it is now only 9:1. This certainly does not prevent the radio from working well but it would be nice if these were available in the 5:1 ratio of the AF-6 and the 3.5:1 ratio of the AF-7 transformers that were used in later radios. Alternately a 4:1 ratio would work well in place of the AF-6/AF-7 combination found in many radios and would be closer for those radios that used two AF-6 transformers, like the NR-5. Hint, hint. But again, these will work well in many Freed Eisemann models from the 1920s and probably for other brands as well, especially the ones that had AmerTran originals.

I bought a Freed-Eisemann broadcast Radio, NR6, from an estate. The two audio transformers were open. I bought two P-T431 Audio interstage coil assemblies to put on the existing transformers. Unfortunately they did not fit. I sent them back and ordered two P-T156 Audio interstage transformers. They worked fine and I was able to mount them under the chassis so they can’t be seen.